Termites only superficially resemble ants and their “white ant” name is probably due to their similar size and social habits of ants. Termites have biting mouthparts and their soft bodies are small, rarely over 10 mm in length. They typically inhabit dark nests and tunnels, only venturing out when the winged alates emerge to leave their parent colony, when constructing shelter. 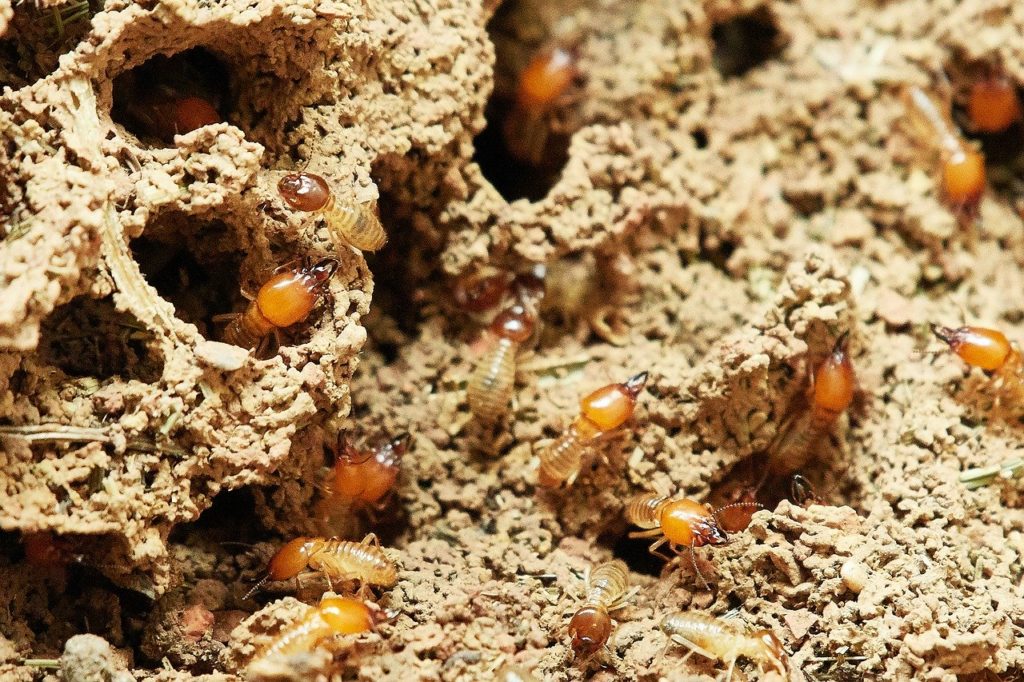 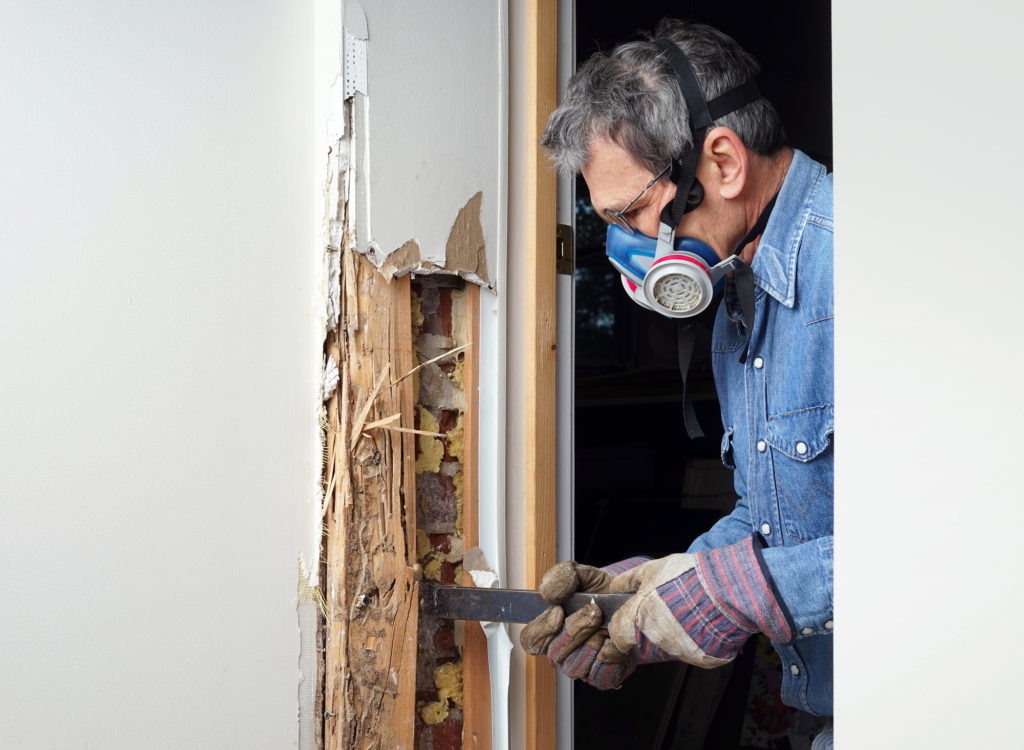 Termites are generally grouped according to their feeding behavior. Common groupings are; subterranean, drywood, dampwood, soil eating, and grass eating. Of these, subterranean and drywood are primarily responsible for damaging structures in southern California. Your home or business can have both types of termites at the same time. Each requires a different type of treatment. 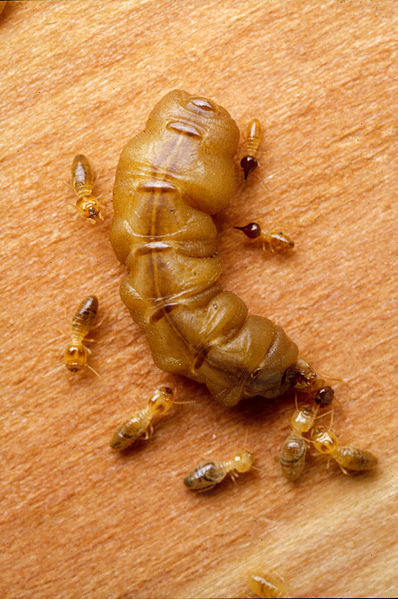 At maturity, a termite queen can lay several thousand eggs per day. The queen is widely believed to be a primary source of pheromones useful in colony integration. In some cases termite mounds have been opened to find multiple queens and kings in a single nest chamber.

Worker termites undertake the labors of foraging, food storage, brood, nest maintenance and a portion of the defense effort in some species. Workers are the only caste in the colony with the ability to digest cellulose in wood. They then regurgitate the digested cellulose to the other castes since only they have the mandibles to chew wood and the digestion required. Termite workers are blind due to undeveloped eyes. The workers are responsible for creating the nest walls using a combination of dung, wood chips and saliva.